Chances are, that if you are reading this guide, you probably want to get your kids to have a try at coding. Coding is, in quite simple terms, writing a set of instructions for a computer to perform a function. Since there are instructions which must be provided to the computer, it begs the question of how these instructions might be conveyed, that is where the role of a programming language comes into play. 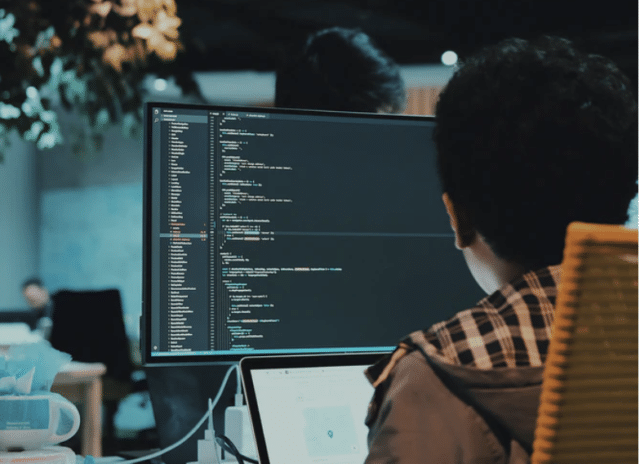 Now there are multiple languages out there which can be used to code, and quite honestly none is decisively better than the other. Each of these languages have their own pros and cons which too can vary from one context of use to another. For the purpose of this article we will look at languages which are easier to get into and are scalable.

How to Choose The Right Coding Language For Kids

To understand why one language might be easier to learn than the other, we need to know about syntax. In very simple terms, syntax is a set of rules through which the arrangement of symbols and words is interpreted by the computer, without syntax a line of code is just a bunch of characters for a computer. It is much like how grammar works in English, except the nature of syntax in programming languages is quite exacting in terms of following the rules. Getting back to the topic at hand, some popular languages like C++ and Java, can often get wordy and at times have a very complex and counter intuitive syntax. The aforementioned is the case because these languages are often used by experienced coders who are able to use the expansive vocabulary and complex syntax to their advantage, in writing thrifty code and performance oriented programs. On the other hand there are languages like JavaScript and Ruby which have syntax that is easier to learn, but these are limited in their use and scalability.

Python has a simple syntax in a way that resembles English language. This allows for kids to have an easier time understanding the logic behind various lines of codes rather than learning the many fine rules which go into writing the same program in many other languages.

Given the context of a beginner and especially that of a young mind, Python is the logical choice. Sure, kids may have a harder time tracing errors, but they will have an easier time writing the concepts and ideas from their heads into code, as compared to other languages. If kids find themselves struggling with materializing their ideas into code due to finer technical details, they may lose interest and quite even before learning the wonders and joy of coding. Also, python being an open source language has a large supportive community, which makes help readily available, the presence of multiple libraries makes it so that kids don’t have to start from scratch when writing code in python.

Another important note is that you don’t necessarily outgrow Python. The future for Python is bright, it can become more functional as the coder becomes more experienced. Some of the largest softwares pertaining to media, finance and data science are written in python, YouTube is one example.

What programming language should one use when the kids are really young, K-8 level? Well in that case we would recommend Scratch. Scratch is a highly visual language where codes can be written by arranging various blocks to write programs, there is a rich variety of these blocks available, which enable kids to create a wide variety of programs. Scratch is a very good entry code for kids to begin understanding how coding works and what it can achieve. Arranging programming blocks by a very simple drag interface inspires confidence in kids while also helping them develop a programming mindset. Many people often worry whether Scratch is real language because it isn’t written, that’s an ill conception, there is no necessity that a language has to be ‘written’ using text. In fact, scratch works with the same logic and can perform the same functions as other languages except that it uses a different kid friendly medium. This is why we consider Scratch one of the best programming language for kids

In reality, you really can begin coding with any language if you put your mind to it, but if you want your kids to have an easier time learning a programming language, python and scratch are a no brainer. We hope that this article has provided you with a better understanding of the picture, including two of the best kids coding languages.

You can sign up in the form below for 2 FREE Trial classes!