Do you know any foreign friends who want to learn Chinese? You know, learning Chinese is a very complicated thing, especially for English speakers. However, it is possible to successfully master Chinese with determination and practice every day. If your friend asks you for advice on how to learn Chinese, you can let him practice through a textbook, or continue practicing with Chinese-speaking friends or Chinese schools that abound online. To get a basic idea of the most important things in learning Chinese, keep reading this guide!

Practice using the four tones of Chinese. Chinese is a tonal language, which means words have different meanings in different tones, even though they are read and spelled the same way. Learning these different tones is definitely a basic requirement if you want to speak Chinese correctly. Chinese has the following four tones:

One tone is a flat tone. When you do this, your voice flattens out, it doesn’t sound like it’s going up or down. Let’s take ma as an example. We can indicate the sound by using the symbol at the top of the letter: mā

The “second tone” is a rising tone. In this key, your voice rises from low to middle, as if you were asking someone to repeat their words, “Huh?” “Or” What? The same. The second tone is represented by the symbol MA.

The “third tones” is an oblique tone. In this note, the pitch drops and rises quickly, just as you would say the letter B. When two three-tone syllables appear next to each other, the first tone remains a three-tone, while the next tone is pronounced as a four-tone. Three tones are represented by the sign mǎ.

The “fourth tone” refers to the vanishing sound. In this note, the tone drops rapidly from high to low. It’s like you’re issuing a command, like “Dismiss!” Or, like the sound you make when you discover something new and interesting while reading a book: “Ha! the fourth tones are represented by the symbol MA.

That’s easy, right? If you don’t feel that way, don’t worry. We highly recommend that you listen to the intonation of a Native Chinese speaker, because it’s hard to imagine what intonation sounds like just from reading a textbook. 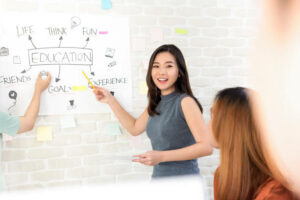 No matter what language you learn, the more words you know, the more fluent you will be. Therefore, the next thing to do is to memorize some useful words.

When you hear an English word, think about how to say it in Chinese. If you don’t know how to say it, write it down and look it up in a dictionary later. For this purpose, you can always carry a small notebook, which is very convenient. Label objects in your room with Chinese characters (Chinese characters, pinyin and pronunciation), such as mirrors, coffee tables and sugar jars. You will see these words so often that you will master them without realizing it.

Although a large vocabulary is good, remember that accuracy is more important when it comes to Chinese. It’s no use learning a word if you can’t pronounce it correctly, because different pronunciations can mean completely different things. For example, mispronunciation (pronounced “ma” as “mā”) can mean the difference between saying “I want cake” and “I want coke” — two different meanings. 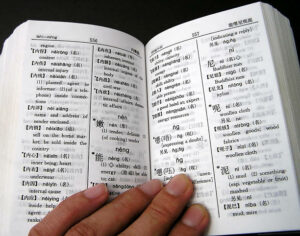 Chinese doesn’t have an alphabet, which makes it more difficult for Westerners to learn. Fortunately, the Chinese number system is fairly straightforward and logical, and once you learn the first ten numbers, you can count up to 99.

Below, you’ll see the simplified Chinese characters numbers one to ten, followed by Hanyu Pinyin and the correct pronunciation. When practicing pronunciation, make sure you use the correct tones.

Once you have mastered the numbers one to ten, you can continue counting two-digit numbers by reading the ten digit number, then the shi, then the ones digit. Such as: 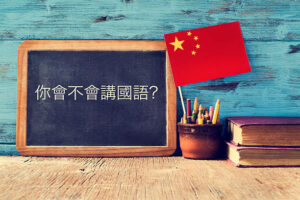 Once you have a basic grasp of vocabulary and pronunciation, you can move on to basic conversational phrases that can be used in everyday Chinese conversation.

ǎo = nǐhǎo, pronounced as [nee how] 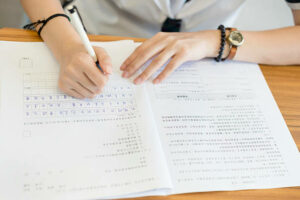 People often think that Chinese has no grammar, which is wrong. Chinese grammars do exist, but they are very different from the grammars of European and other language systems. Unlike these languages, Chinese is a very analytical language, which is both good and bad news for language learners.

For example, There are no complex rules about collocation, consistency, gender, plural inflection or tense. Most words contain only one syllable and are combined to form compounds. This makes the sentence structure fairly straightforward.

These differences aside, however, Chinese does use the same word order as English, such as subject-verb-object, which makes word-for-word translation a lot easier. For example, in English, “he likes cats” is translated as “T ā (he) xǐhuān (likes) māo (cats). 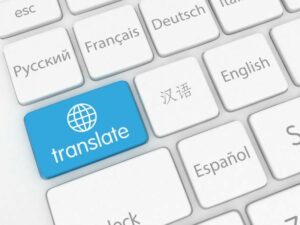 Spelling is a system for writing Chinese in the Latin alphabet. Chinese Spelling is the most common form of Latinization and is used in many textbooks and teaching materials.

Spelling allows Chinese learners to focus on their pronunciation, while at the same time allowing them to read and write without having to learn complex characters. Although spelling uses the Latin alphabet, the pronunciation of the spelling alphabet is often not intuitive to English speakers, which is why pinyin must be studied carefully.

Although the process of learning spelling sounds may seem painful, it is extremely useful for you to learn Chinese, and it is much easier to learn pinyin sounds than to memorize traditional Chinese. The final obstacle to learning Chinese is learning to read and write characters. This process can take quite a long time, even years, because the only way to learn characters is through constant memorization and practice.
According to the BBC, there are more than 50,000 Chinese characters in the world, most of which are rarely used. An educated Chinese person can remember about 8,000 characters, but to be able to read a newspaper he needs to know about 2,000 of them.

When writing Chinese characters, you first need to learn the radicals, which are like the basic building blocks of every character. Some radicals can be used to form a character on their own, while others are used to combine to form more complex characters.

It is also important to write Chinese characters in the correct stroke order. You need to follow a set of specific writing rules, like left to right, top to bottom, middle first, then sides.

One of the main benefits of learning Chinese characters is that it can help you understand Cantonese, Japanese, Korean and other languages that use a lot of traditional or simplified Chinese, even though they don’t sound the same as Chinese. 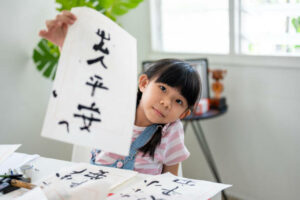 One of the best ways to improve the new language skills you’re learning is to talk to native speakers of the language. They can easily correct your grammar or pronunciation mistakes, and teach you many common sayings and slang, which you will not learn in textbooks.

If you have a Chinese speaker who is willing to help you, that’s great! Alternatively, you can place an AD in your local newspaper, online or in a survey to see if there are any existing Chinese language groups in your area.

There might be Chinese restaurants down the road. If there are Chinese people in there, go in and greet them in Chinese! You don’t have to buy their food, and the mere fact that you’re showing an interest in their culture makes them happy. 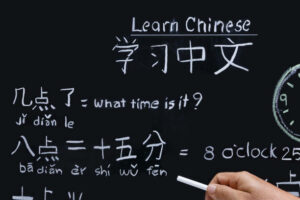 Prepare DVDS of Chinese movies with subtitles or watch Chinese cartoons online. This is a simple and fun way to develop your sense of language.

If you feel motivated to learn Chinese, try pausing the movie often and repeating what the movie just said. This will help you to learn the authentic Chinese accent.

If you can’t find Chinese movies, you can try renting some from movie rental stores, which often have a section for foreign languages. Alternatively, you can check to see if the local library has Chinese movies, or you can ask them if they can search for some resources for you. 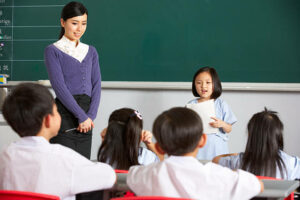 Listening to Chinese movies or radio is another great way to learn Chinese. You can feel surrounded by Chinese. Even though you can’t fully understand what they’re saying, you can try to grab key words to help you understand what they’re saying.
Install a Chinese radio program on your mobile phone so that you can listen to it anytime and anywhere.

You can download audio podcasts in Chinese and listen to them while doing exercises or homework.

After mastering basic Chinese dialogue, you can consider traveling to mainland China or Taiwan. What a great way to learn Chinese to travel there!

Don’t be too hard on yourself.

Learning a language is a gradual process, which requires persistence. Chinese is one of the most difficult languages to learn, so take your time.

Don’t stop for a day or weeks just because you don’t have time to study. Otherwise, you’ll forget everything and start over.
Persistence! If you think you have learned enough, you should not interrupt your revision and study, otherwise, you will forget what you have learned. How frustrating it is to have to learn Chinese all over again just because you don’t learn it at least 4 times a week!

In Chinese, pronunciation and intonation are very important. Before you can start learning new vocabulary, you need to take some extra time to practice your tones. For example, for native English speakers, “moo”, “moo?” And “moo!” They may not sound fundamentally different, but in Chinese, they are actually three different, completely unrelated words.

In general, Chinese people are quite proud of their culture and are willing to help others to learn Chinese. So don’t be afraid to ask for help or practice conversations with native Chinese speakers.

While opinions differ on the Latinization of Chinese and its use, learning Chinese Spelling has proved very useful if you want to type Chinese on keyboards in the West.

Although Taiwanese is very similar to Mandarin, there are some subtle differences in speech, spelling and grammatical structure.
If you can, take at least one of the introductory Chinese classes offered at your school or local college. This will help you become more confident and precise in pronunciation and intonation. Laying these foundations will help you build a springboard for self-study. It is better to make sure that these classes are taught in Chinese and not English. This is in the same way that English teachers who go to China to teach English are expected to speak English and not Chinese.

If you need to learn quickly, you can try some software or use flashcards to memorize quickly before bed.