What Is The Best Age To Learn a Second Language?

According to a research article by Suzanne Robin, an oncology nurse she states that the best age to learn a second language is as a child rather than an Adult. In her article “Why is it easier for a Child to learn a New Language than an Adult,” she mentions that the age 0-12 is the ideal age bracket of learning a second language and lists many reasons as to why children belong to this age bracket learn new languages with ease.

If you decide to get your child to learn a second language, try Classover. For an affordable price to participate into the class, Classover have over 200 state-certified instructors. All our live online classes are small sized (1-6 studetns) so your child can get the best attention from our native instructors.

Sign up in the form below for 2 FREE Trial Classes 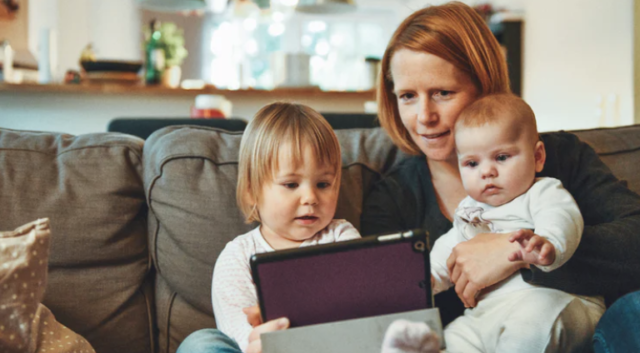 Learning languages is part of children’s brain chemistry; they are born with the ability to make approximately 40 sounds and associate them with objects, actions and ideas, which helps to facilitate their learning process of a language. Learning a second language as a child is an excellent way to ensure that the information is being absorbed; as a baby, toddler and even preschooler, kids learn new languages passively and actively. Saying things around them unconsciously goes into their mind and stays. They tend to mimic them with the best of their abilities, and hence the blabber you hear may seem gibberish, but they are actually practicing the language they hear around them.

As they get older, children (age 6-9) become more inquisitive, so they observe the tone, rhythm, expression and volume, making it easier for them to learn the language, the expressions associated with words and phrases, its usage and form sentences accordingly. Children can pick different accents and familiarize themselves with the pronunciation of different words with ease at this age.

Whereas Teens or Pre-teens have better brain functioning and can retain information with ease. During this age, they widen their vocabulary, can make links and can start thinking in the languages they known, further strengthening the learning process of a second language. After this stage, the fundamental architecture in the brain for language is complete and hence making it challenging to learn a new language (not impossible, just tricky and daunting).

Learning languages is an ongoing process that develops and enriches as humans grow, but 0-12 is the ideal age where the foundation is laid, and things are efficiently and effectively grasped and retained (for years to come), hence making this age bracket the best age to learn a second language.

Benefits of learning a second language as a child

In recent studies, it has been revealed that bilingual people have better brain functioning, which helps the brain to age slow resulting in a longer, healthier, satisfying life. Moreover, it helps to prevent or delay the chances of neurological diseases like Dementia and Alzheimer’s.

Similar to social life, being bilinguals allows one to know about the diverse customs, ideas, and perspectives of cultures. This is very important in today’s world where being socially and culturally aware is a must to have a sound, conflict-free life. It also helps to be more humble, sympathetic, and empathetic.

Being bilingual helps to know the importance of various cultures and heritages, and knowing things of different cultures through languages helps with character development and all the benefits listed in this article develops a strong personal identity resulting in a better personality overall.

Learning a language keeps the brain healthy and sharp than any other cognitive skill acquisition. Being bilingual helps children with their multitasking skills, problem-solving skills, motor skills, helps with expressing themselves, strengthens memory and fostering creativity, promoting them to think out of the box.

Being bilingual gives candidates a competitive edge, as it helps with communication with international offices or foreign clients and customers. Moreover, bilingual people are better at listening, understanding and problem-solving skills, allowing smooth sailing within the office. Moreover, there are high chances for them to excel and get promoted, according to many studies.

Being bilingual helps with holistic human development, which embraces the physical, mental, spiritual, love, emotional and financial aspects of human life. Moreover, many researches have shown that 77% of people perceive that bilingual people to be more intelligent and attractive.

It is no surprise that knowing multiple languages helps in traveling immensely you can go to multiple places without the fear of getting lost, scam or paying tons of money for a translator. Moreover, it helps connect with the locals better, resulting in better hospitality and a better escape.

Easier To Learn A Third Language

Feel Free to try out our 2 trial lesson for free! Sign up in the form below. Or contact us if you have any other question.